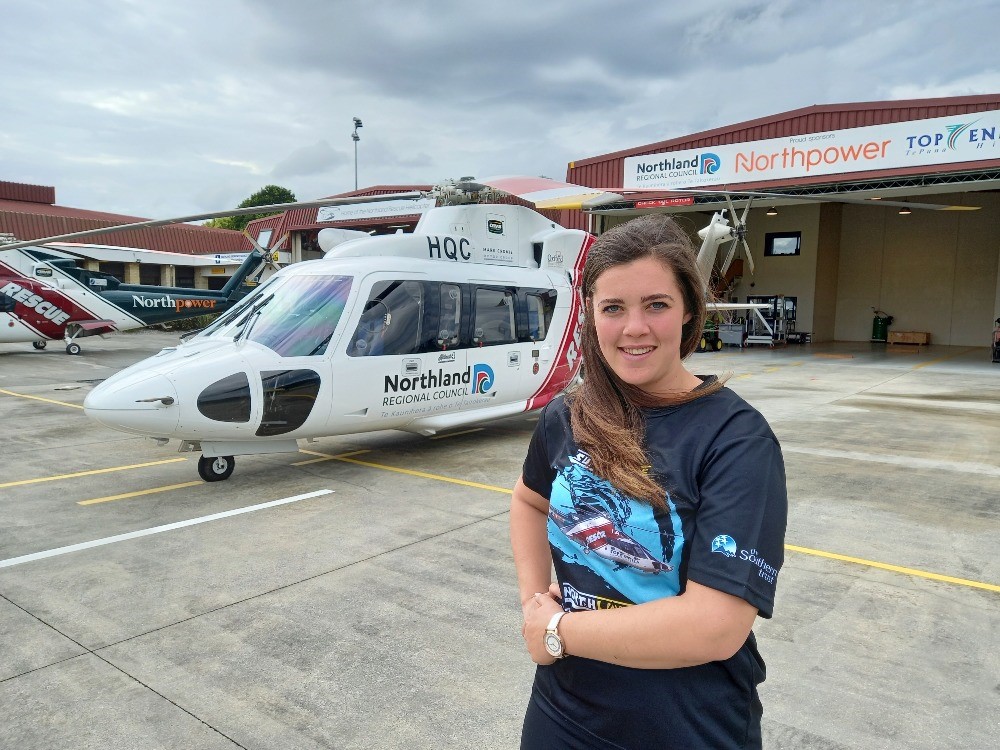 As 2022 comes to a close, Monique Bradley is reflecting on a remarkable journey from near death to a flourishing career as an Early Childhood Educator.

But while 2022 has been kind to her, 2021 saw her life unravel for the second time when the most innocent of actions created a repeat of the head trauma which almost ended her life in 2015.

Back then she was riding a horse on the beach at Whananaki South when her horse suddenly fell and broke both front legs, throwing Monique from its back and rolling on her as it hit the ground.

The pain would have been unimaginable for Monique – however she was knocked unconscious and to this day, remembers nothing from her accident.

Memories have been filled in by those who were there, who called for help, and kept her still on the sand while they waited for help to arrive – and help came from the Northland Rescue Helicopter.

What she is acutely aware of is the rehabilitation journey she has been on and the struggles chronic head trauma creates.

On arrival at Whangarei Hospital, medical staff determined she had a fractured spine and a brain bleed. She remained unconscious and to this day, her memory only resurfaces about four to five days after the accident.

Following her accident, Monique suffered from the effects of having a traumatic brain injury. This meant initially having to learn to walk, communicate and eat again and saw her struggle with her studies and general wellbeing – each day bringing a reminder of what had happened and what was now a ‘new normal’.

However, she persevered, worked really hard to complete her teaching degree, making a full recovery and reclaiming the normality so many people take for granted.

So when Monique bumped her head on a basketball in March 2021, she thought nothing of it and carried on working.

“It took me a week to realise but basically all the symptoms of brain injury came back. I realise my head is ultra-sensitive after my accident but I initially thought I was being a drama queen because it was just a small bump,” explains Monique.

It was in stark contrast to the 2015 incident when she actually lost all emotion for three months after her brain bleed.

“I was also salivating heavily when I spoke and I was having to swallow all the time and I could not work. And all from a mild bump to my head on a children’s miniature basketball hoop.”

After a very gradual return to work in the latter part of 2021 – starting at 1 hour a day – it was not until 2022 when Monique had the stamina and clarity of mind to go back to five day weeks.

She has a message for people with head trauma – rest and let yourself heal.

“You are allowed to rest because your body has been through this traumatic experience and it is important to remember that your brain controls everything.

“And that’s why I tell people we need the Northland Rescue Helicopter. Like in my situation, you can hurt your head in the most simple of ways. In the blink of an eye everything can change.

“I know things could have been a lot different back in 2015 and again in 2021, which is why I am so thankful for the Northland Rescue Helicopter flying me to hospital,” says Monique.

“If I’d had to go to hospital via the road from out there, it would have been a much slower trip and with a brain bleed, that could have been the difference to surviving or not.

“These helicopters are amazing in how many lives they help save. As a community we are so lucky to have them. There would be a lot more deaths without the Northland Rescue Helicopters, especially when you consider the expanse and ruggedness of Northland.

“Time is everything in an emergency and injury situation – just look at me. I will always be grateful for the help I was given by everyone that day and in the years of rehab that followed. That’s why I am proud to be a Northland Rescue Helicopter ambassador and why I urge people to give generously because you just never know when you or someone close to you will need the help it provides.”