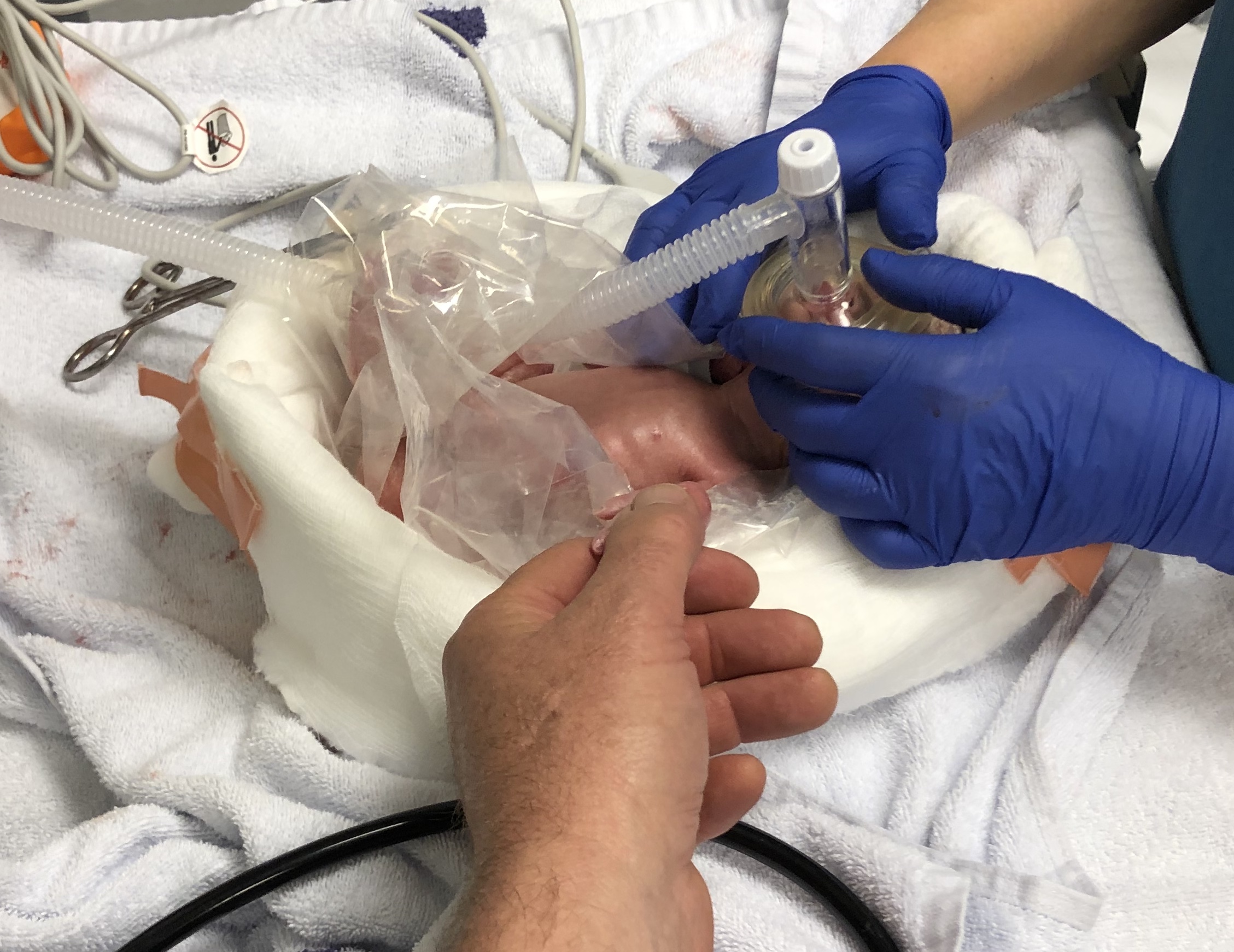 Bonne Chambers would be dead if it was not for the caring staff at Whangarei and Auckland Hospitals.

Chances are her Mum Emma Kirkman would be too.

When Emma was three months away from her due date, she went for a routine appointment with her Midwife. From there things escalated quickly.

Emma had not been feeling well but put it down to normality given it was her first pregnancy … “aged 41 and my first time at the rodeo,” as she puts it with a vibrant smile.

She was admitted to Whangarei Hospital on September 20 and it was the advice of a Doctor that prompted Emma and her husband Jim Chambers to make something of a (then unknown) mercy dash  to Auckland Hospital.

Bonne had stopped growing and moving and Emma’s blood pressure was through the roof. It was unmanageable.

Medical professionals had grave concerns about the welfare of both of them.

Just two days later an emergency caesarean section was performed, with Emma and Jim going into the procedure in the knowledge there was only an 8% chance of a live birth.

That’s because Bonne was to be delivered over two months premature at 29 weeks. That happened at 1.01am on September 24. Her due date should have been December 7.

Bonne arrived amidst a Measles epidemic, weighing less than two pounds of butter at 970 grams.

Because of the criticality of the situation Emma was unable to cuddle her baby as is normal practice. But the reality was that she was too unwell to do so anyway.

However, in weeks to come she got up to eight hours a day lying skin-to-skin on Emma and Jim’s chests (known as Kangaroo Care). As a result she has formed an amazing bond and become a feisty livewire of a child despite being half the size of children the same age.

“The birth was not the romantic movie experience where they place the baby on your chest for your first cuddle,” says Emma.

What followed was an 87 day hospital journey for the family.

Bonne stayed in the Neonatal Intensive Care Unit (NICU) in Auckland for 22 days and as transferred by helicopter from Auckland NICU to Whangarei Hospital’s Special Care Baby Unit (SCBU) on October 16 where she remained for a further 64 days before being discharged on December 19, 2019 … day 87 of the NICU/SCBU journey.

That transfer back to Whangarei was courtesy of the Northland Rescue Helicopter.

“The care I received from all of the medical teams was superb throughout and I was stoked that one of my favourite nurses was the one to fly with us to Whangarei. Ronald McDonald House had also been amazing in the way they supported Jim.”

Jim himself had a trying time of a different kind to keep the couple’s business ventures ticking along, with a dairy farm and beef run-off in the mix providing additional challenges.

“As for the Northland Rescue Chopper experience. I wonder what would have happened if I had not been given the care and kindness. I look back on it with gratitude. Without the Chopper it would have meant that we could not have come home to our home town and Jim had been under immense pressure being away from the businesses.

“It was my first helicopter ride and I often wonder what would happen to women and babies in need of critical care. They would die without the service. It is something we just have to support because it’s there for us all 365 days of the year every hour of the day and night. It is such a lifesaver.”