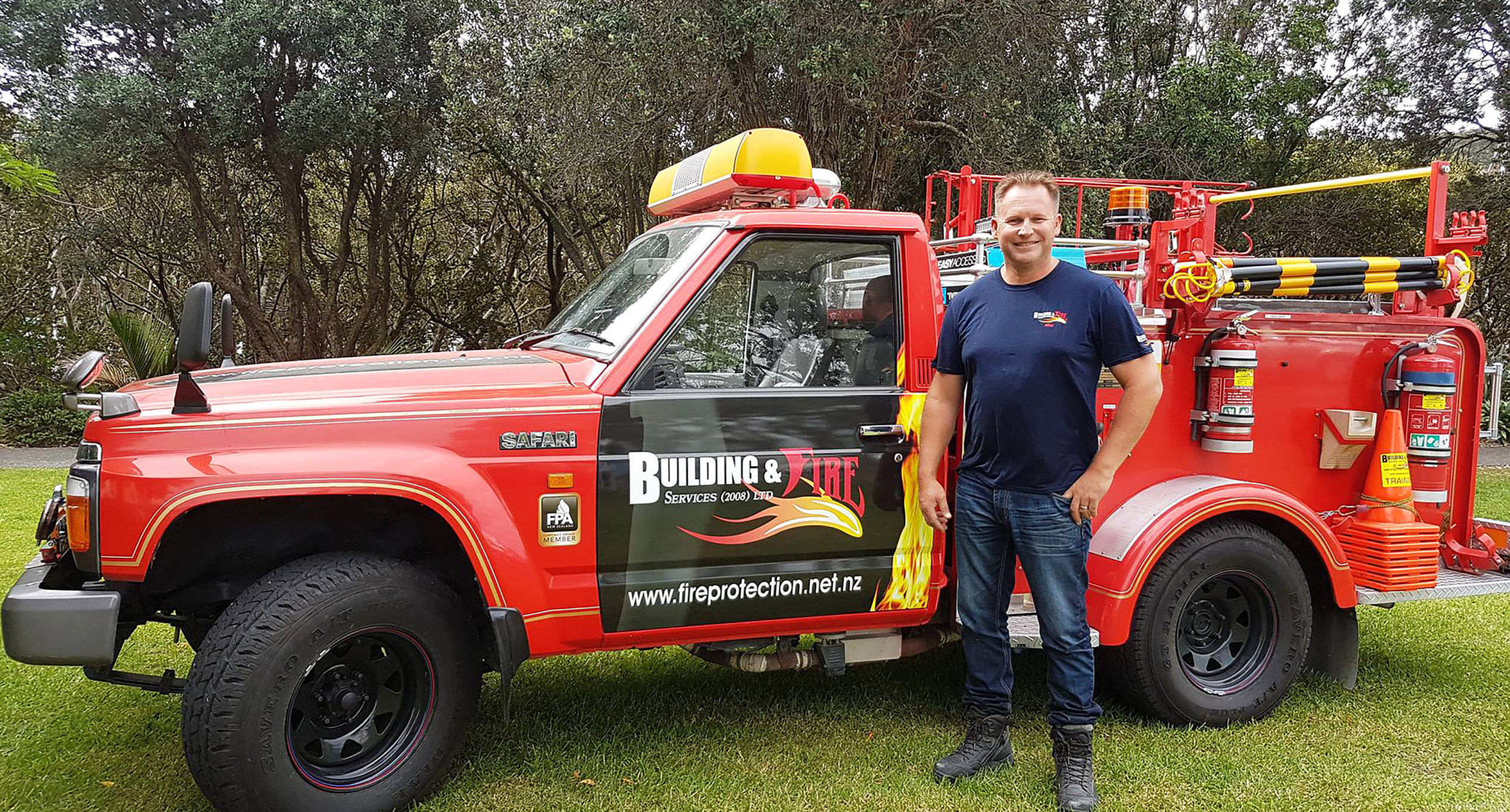 When Mike Lindsay was collecting wood on a farm back in 2011 it was just a normal Kiwi day out.

But that changed in an instant.

He was on the back of a ute with his three young children and trundling along at really low speed with a trailer behind.

A gear change caused Mike and the children to lose balance, so he rose to a crouch and put his arms out to ensure they stayed put. They did but Mike fell backwards, cracked his head on a toolbox at the front of the trailer.

He instinctively put his hands up to protect the wound at the back of his skull and rolled over into a semi-foetal position, which he now likens to the brace position on a commercial aeroplane safety video.

“I was subsequently told if I had not done that I would have been killed,” recounts Mike.

Within minutes of the accident, multiple people had come to Mike’s aide, with one person holding his head to keep him from moving.

Forty five minutes later an ambulance from Russell arrived on the scene. But with the volunteer ambulance officers unable to administer the required level of pain relief, the Northland Rescue Helicopter was dialled in.

“The first thing you worry about is being paralysed. Thankfully I could move my feet and I remained conscious throughout. But of course I was worried about what was broken and the bleeding from my head wound because I did not know how bad the wound was.

Mike says before the Northland Rescue Helicopter could land, horses had to be shifted well away from the landing site, delaying his flight to Whangarei Hospital.

From that point on and throughout his recovery he was subject to numerous X-rays, MRIs and rest.

However, the resting came with challenges as Mike was in the early stages of establishing his business – Building and Fire Services – and had only one part time worker.

“The bruising was like you would not believe so I was a bit slow for a while but I actually healed quite quickly and was pain free much faster than I expected to be.”

As for the locals who helped out at the scene, the pilots and the paramedics, Mike has nothing but praise.

“You don’t know when you will need it but when you do people are there for us and the Northland Rescue Chopper for us Northlanders and we are very lucky to have that at our fingertips. I think a lot of people take that for granted as they have just got used to it being there 24/7. I always think about that because when we do safety training we are in a lot of remote areas so time is a matter of life and death.

“That’s why whenever I have the chance to raise some money for the Northland Rescue Helicopter, I do whatever I can.”