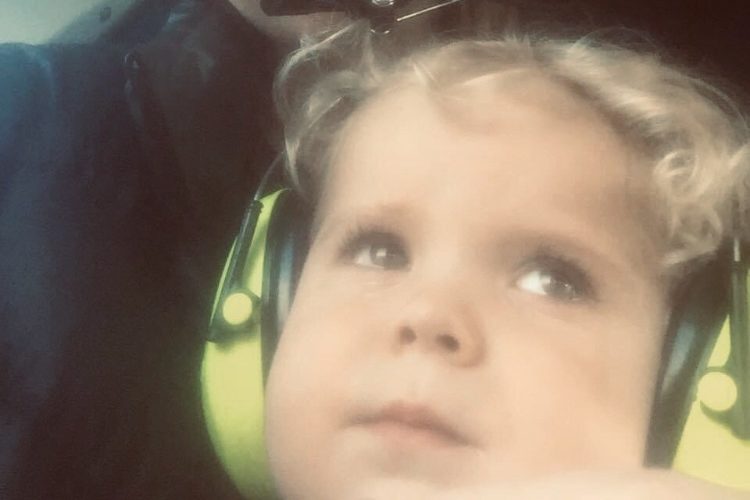 Saved from a swig of petrol

Amy Hodgson’s son Hunter would be dead if it wasn’t for the Northland Rescue Helicopter, the Dargaville Ambulance and her sister Sophia.

Just after lunch on 29 August, 2017, 17-month-old Hunter grabbed a Powerade bottle which appeared to be full of juice and took a swig.

The bottle contained two stroke petrol that until a couple of minutes earlier had been used to clean oil off the engine casing of a motocross bike. The bottle was the last piece of equipment which was about to be put away, as Amy’s sister Sophia had just stopped in.

“I turned around and saw Hunter have a big swig from the bottle … he went instantly red,” says Amy.

“Thankfully Sophia heard me screaming and came to assist. She was a volunteer with the local St John Ambulance and her training kicked in, she made the 111 call and I know for sure that Hunter would not be here if it wasn’t for her.”

Unfortunately, Hunter had managed to swallow a large volume of the petrol and was only able to spit a small amount out. Hunter stopped breathing which is when the panic naturally took over.

“His eyes started rolling back and he was unresponsive and foaming at the mouth and completely floppy. I was holding him and yelling and begging him to wake. His jaw was clenched shut.

“Sophia took him off me laid him on the ground and managed to open his airway. When he did try to breathe, it was shallow and very intermittent. We would count his breaths and try and stimulate a response to make him breathe better. He would go for a minute without breathing. His saliva went all gloopy, so I had to lay him on his side and tummy so he did not swallow it and choke.”

The Dargaville Ambulance got to the scene quickly, thoroughly assessed Hunter and promptly put him on oxygen as his colour had changed from red to purple/grey/blue.

During the flight to Whangarei Base Hospital, Hunter responded well and had perked up somewhat by the time they arrived.

An x-ray showed the petrol had burnt the tops of his lungs and his throat and at the time the medical staff said he should make a full recovery.

Hunter has had croup every year since and Amy doesn’t know if that is related to this, but it has meant trips to hospital to be put him on oxygen and steroids to open his air ways.

Amy said Hunter was still burping the smell of two-stroke a fortnight later.

“I swear if I lit a match, it would have ignited.”

Amy has nothing but praise for the swift actions of her sister, the Dargaville Ambulance staff, and the Northland Rescue Helicopter team.

“Without them all, Hunter would have died. I can’t thank them all enough we would be lost without the service they provide, and I will be forever grateful,” says Amy.

Hunter is now 5 years old and is literally a crazy ‘petrol head’ boy who loves doing skids and riding anything with wheels, especially his motorbike and buggy.