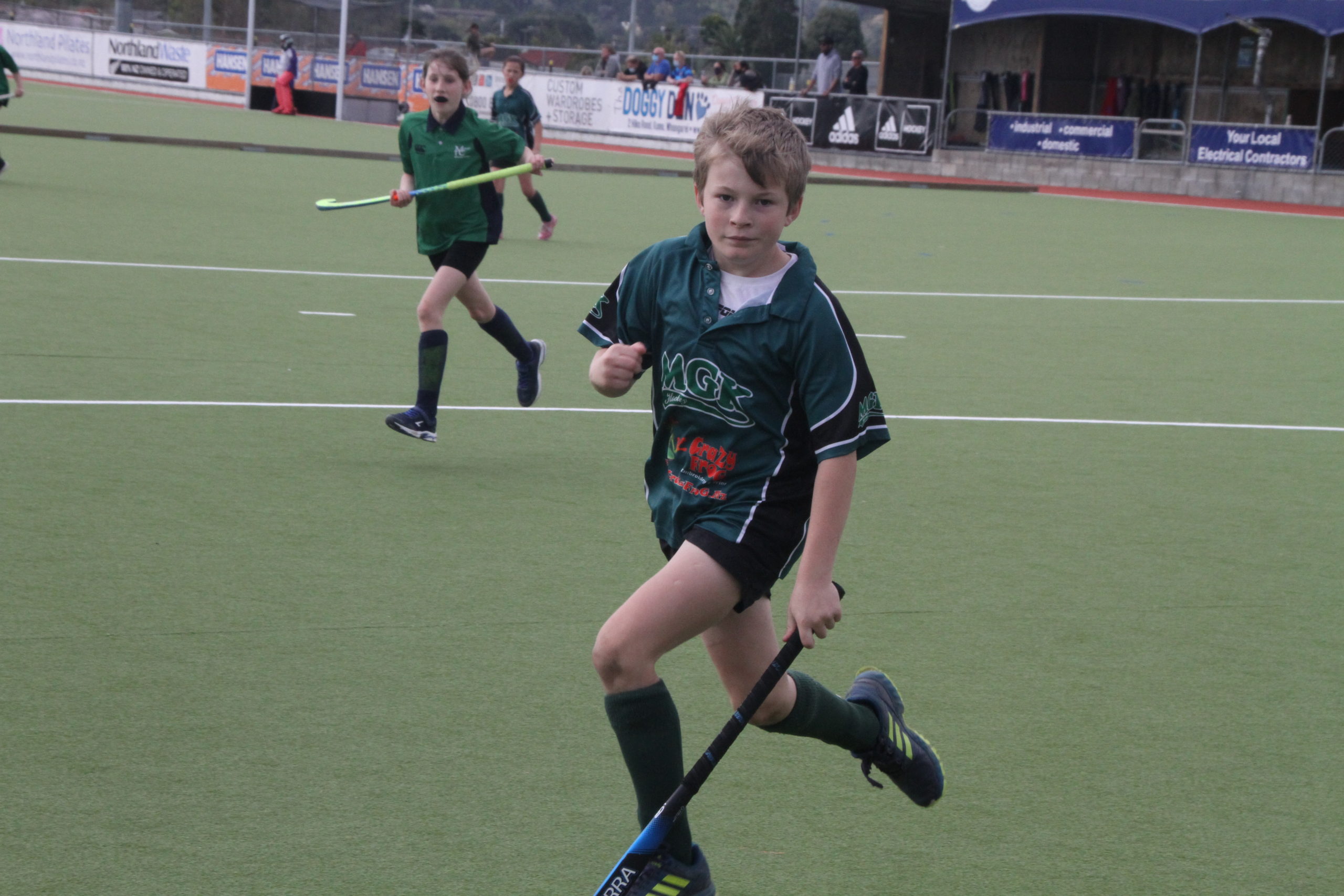 To see Angus Huntington tearing up Whangarei’s hockey turf in 2021, you wouldn’t believe he was hit by a falling tree on November 4, 2019.

To know he is alive is something of a miracle.

Check out his list of injuries – broken femur (resulting in the insertion of two pins), broken pelvis in two places, fractures in his lumbar spine on two vertebrae, loads of abrasions, haematoma of the abdomen, de-gloving of his left leg (which required skin grafts).

After he had endured that trauma and awaited ambulance assistance, he had a four minute Northland Rescue Helicopter mercy dash from his parent’s Maungakaramea lifestyle block to Whangarei Hospital. Then came blood transfusions and a transfer flight (with his father Simon at his side) to Starship Hospital in Auckland.

A few weeks in Ronald McDonald House was next as ADSngus continued the healing process, then he was back in Whangarei Hospital for two nights and back to the land. And for a total six weeks Angus was bed-ridden and unable to move due to his damaged pelvis.

Says Angus: “I don’t remember much, but it went really fast and there were lots people helping me. I did see all the lights in Auckland as we flew in the helicopter.”

Looking back, Mum Jena says she is eternally grateful for the efforts of medical staff, the Maungakaramea Volunteer Fire Brigade, the Northland Rescue Chopper Service and her nurse mate Hayley Moyle.

“When the accident happened I phoned Hayley and see was here within minutes. I also phoned Mum and Dad to come and look after the other kids. Hayley reassured me and then the Ambulance arrived and they called for the chopper. The de-gloving was the big wound around the top of the left leg. We assumed he had a broken leg.

“I can’t be more grateful for the Northland Rescue Chopper Service. It is something I see come and go daily from where I work next door at Northland Hockey. I have never appreciated it more until I needed it to help Angus. Now when I see it take off I hope that person is okay because I understand the situation other families can be in.

“Talking to people it’s amazing the amount who have had to use the chopper or know someone who have. We know it’s there but perhaps don’t appreciated as much as when you use it. I don’t know how they do what they do because they are so calm and kind.